CACAP Statement on the Crisis in Afghanistan

The humanitarian crisis in Afghanistan has been evolving rapidly in the past weeks under the current Taliban regime. This has led to recent evacuations and separation of families. At the same time, an estimated 1,250 Canadian citizens, permanent residents and family members are still in Afghanistan.

As mental health practitioners, we are concerned about the increased vulnerability and threat to women and children. Approximately 40,000 Canadian troops were deployed in Afghanistan over 13 years, as part of the NATO mission that ended in 2014. The Canadian Forces lost 159 soldiers in the fighting.  Many veterans say the toll will only become clear in coming months and years as thousands were exposed to violence, separated from family, or remain in exile from social supports enduring multiple human rights violations, lack of safety, and unresolved grief.  Many military families and their relatives will also be returning with trauma, distress, and hopelessness.  The Canadian Academy of Child and Adolescent Psychiatry (CACAP) fully supports the professionalism and dutiful service of the military while absorbing the long-term impact on their own lives and families.

With this political turmoil with its accompanying violence and Taliban rule, children, youth, women, and minority groups remain most vulnerable.  There is particular concern for ethnic and religious minorities in the country and for the LGBTQ2S+ communities, as well as other potentially targeted groups. Those with intersecting minority identities, including children, adolescents, and youth, will be at even higher risk.

The Canadian Academy of Child and Adolescent Psychiatry advocates strongly for our political leaders to act as swiftly as possible to protect the people of Afghanistan, especially the most vulnerable populations. We fully support a wider unity of governments and the United Nations to act in unison to ensure the protection of human rights and access to asylum and safe resettlement.

We hope that our Canadian leaders and diplomats take every possible step to advocate for orderly transitions for the people of Afghanistan and to provide asylum for those in need.  We support Canada’s planned resettlement program for vulnerable Afghans, which has become more difficult in this current crisis.

In addition to urgent essential supports, including housing and primary health care, there will be mental health needs of those resettling in Canada.  We support advocacy and collaborations for parents, children and youth, in particular supporting families in our collective service networks nationally.  Children and youth may be separated from their families and experiencing pre-migratory and post migratory distress during the resettlement process.  Since refugee populations often have poor or uneven access to mental health services, we support efforts in mental health, advocating for interpreter services and addressing service barriers to mental health access. CACAP encourages our members to support and collaborate with those working in mental health, schools and other groups in Canada developing proactive and informed care for these vulnerable, displaced Afghani refugees. 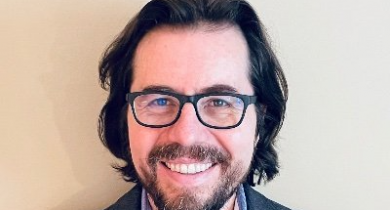 Dr. Roberto Sassi appointed as Head of Division of CAP at UBC

Dr. Roberto Sassi has been appointed as Head of the Division of Child and Adolescent Psychiatry (CAP) in the University of British Columbia Department of ...