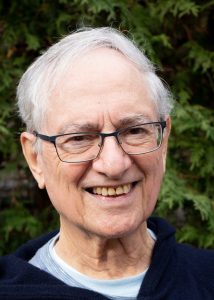 Dr. Joseph H. Beitchman, MD (McGill University, 1968), FRCPC, had a long and distinguished career in child and adolescent psychiatry beginning as the Director of a preschool and kindergarten program at the Royal Ottawa Hospital in 1977. Starting in 1985 and for the next 27 years, Dr. Beitchman held various roles as Head of Child and Adolescent Psychiatry at the Clarke Institute for Psychiatry and later at the Centre for Addiction and Mental Health.

From 1998 to 2004, Dr. Beitchman served as the inaugural Psychiatrist-in-Chief at the Hospital for Sick Children and from 1999 to 2009 held the TD Bank Financial Group Chair in Child and Adolescent Psychiatry.

Dr. Beitchman was internationally renowned for his research in speech and language disorders in children and youth, for his work in psychiatric epidemiology, and his careful attention to issues of health inequities in his work with justice involved youth. He was the first editor of the “Special Edition of Child and Adolescent Psychiatry’ for the Canadian Psychiatric Journal and important forum for sharing Canadian research in this field. Those sections eventually became the Journal of the Canadian Academy of Child and Adolescent Psychiatry which has such an important role in the profession today.

As a professor at the University of Toronto, Dr. Beitchman was a beloved mentor for generations of medical students and residents. He had a profound effect on many of today’s top child and adolescent psychiatrists in Canada, having hired and mentored them at either CAMH or SickKids. For his entire career, he was a caring and compassionate doctor that helped thousands of children and their families. Joe was at the forefront of Canada’s efforts to ensure that his sub-specialty gained the recognition it deserved as an academic discipline.

The CACAP Advocacy Committee recently authored 2 new Position Statements.  The first statement emphasizes the importance of stopping the deportation of parents of Canadian children, and the second ...